If you have an M1-based Mac, Apple says you’re limited to just one external monitor. But Anker, which makes power banks, chargers, docks, and other accessories, this week released a dock that it says will boost your M1 Mac’s max monitor count to three.

The $250 Anker 563 USB-C docking station, spotted by MacRumors, connects to a USB-C port on your computer (which doesn’t have to be a Mac) and can also charge a laptop at up to 100 W. Of course, you’ll also need to plug in the dock’s 180 W power adapter. Once connected, the dock adds the following ports to your setup: 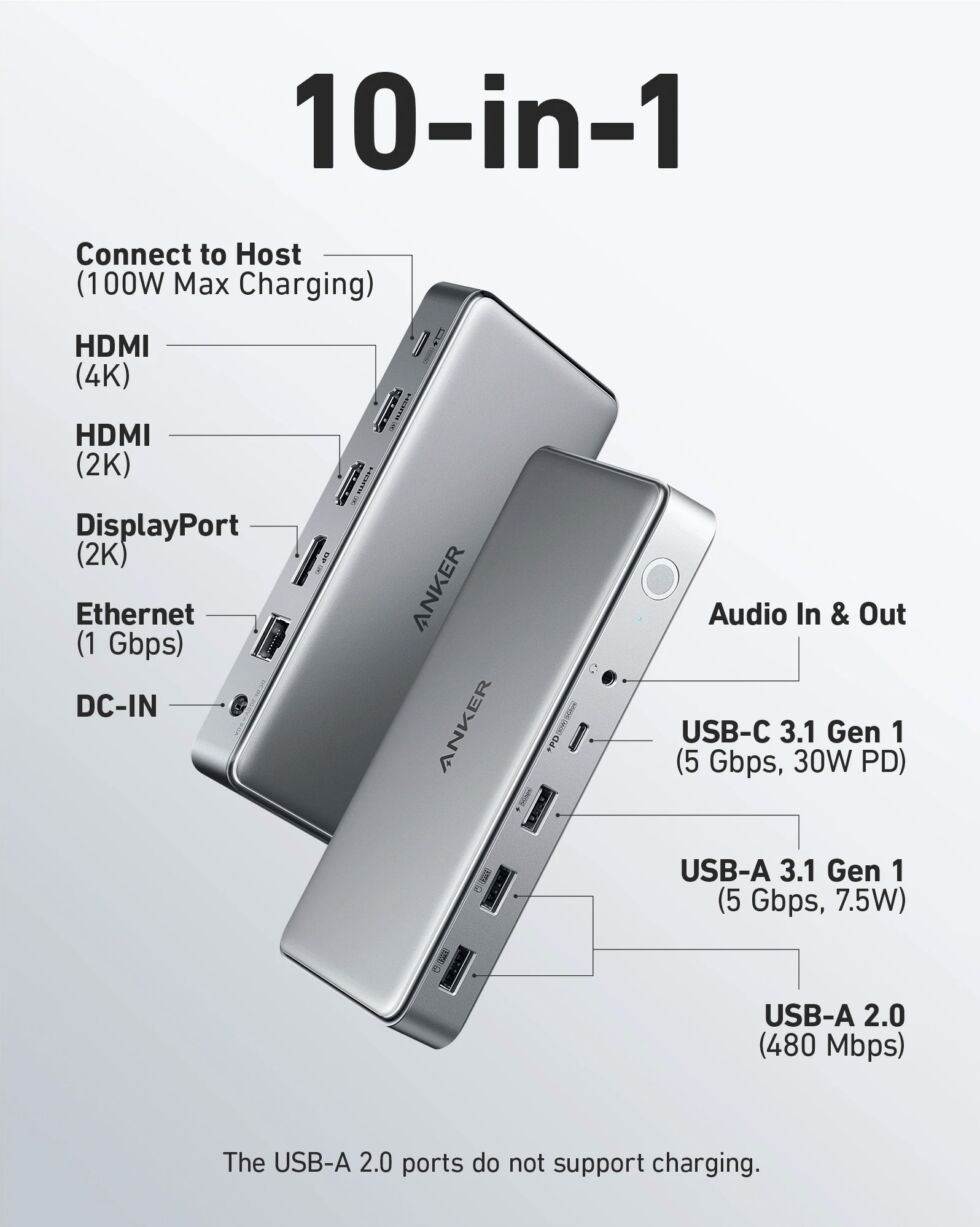 You’ll need the two HDMI ports and DisplayPort to add three monitors to an M1 MacBook. There are some notable limitations, though.