Today Fitbit announced a set of new sleep-assessment features for premium users. Launching via the Fitbit app on Wednesday, Sleep Profile is the latest subscription-only data Fitbit Premium members can use to better understand their unique sleep type and identify their strengths and weaknesses.

Using a month’s worth of sleep data from about 60,000 Fitbit users, the company studied 1,000 unique sleep attributes, eventually cutting and compiling them down to 10 metrics. Five already existed within the Fitbit app, including sleep stages and duration. But the five new categories assess bedtime consistency, the number of days with naps, the time before sound sleep, disrupted sleep, and “stability,” which averages the number of brief, typically unnoticeable wakeups through the night. With these assessments, users can see daily, weekly, and monthly trends in each category and see where they are (and should be) within the data range of other users of the same age and gender. 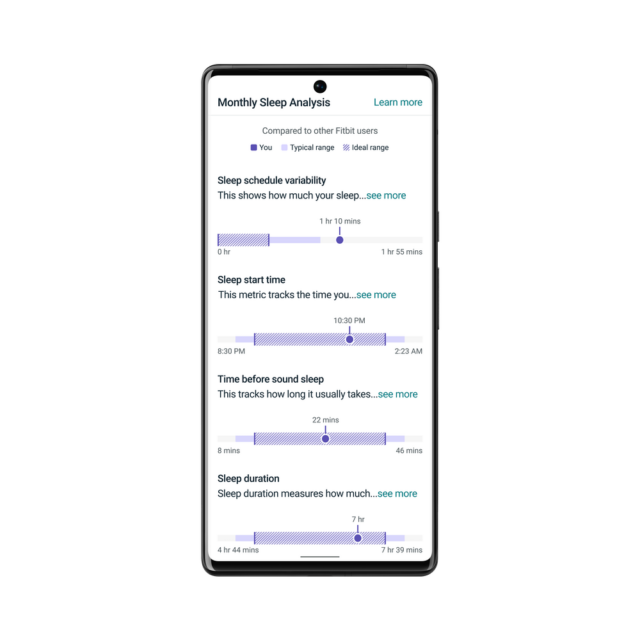 Each month, users will also be assigned sleep chronotypes based on their data. Each of the six types is named after an animal with similar sleep patterns: giraffe, bear, dolphin, hedgehog, parrot, and tortoise. According to Fitbit, aside from fun, these sleep pattern identifiers aim to help stick in people’s minds and reflect how their patterns change over time. Sleep types based on animals aren’t a new concept to sleep science or even wearables; Samsung introduced a similar feature in the Galaxy Watch 4 this year.